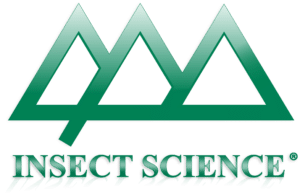 The success of the application of the mating disruption method as protection depends, in addition to other factors, on the grower’s knowledge of the biology and behaviour of the pest and, in general, on the implementation of the method in question.

More detailed information and PDF’s for specific pests can be found here:

Principals of the mating disruption method

Male moths find potential mates by following the trail of a scent (pheromone) emitted by the female of the same species. This substance attracts males, causing them to initiate a particular sequence of behaviour that begins with their guided flight and ends with mating. Mating disruption consists of disturbing mating by saturating the atmosphere with synthetic pheromones released by dispensers. In an atmosphere saturated with this pheromone, the males cannot locate the females, which emit pheromones at a lower concentration than the dispenser. The aim is to prevent mating so that no eggs or larvae are formed, thus, no damage is incurred in the area covered by the pheromone.

The synthetic pheromone used in the orchard is distributed by dispensers. Several types of dispenser are currently available in the market. The dispensers most frequently used are ISOMATE, commonly known as “spaghetti”. The use of this method of mating disruption has been approved in South Africa. 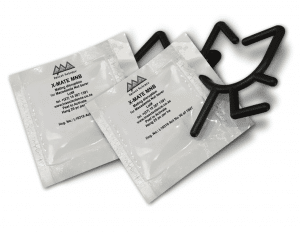 Installation of the dispensers

It is advisable for the installation of dispensers in the orchard to be supervised by a technician responsible for coordinating the personnel who will carry out the work. A brief advance meeting with the personnel should be held to explain the importance of the correct manner of application of dispensers along the row and the management of the borders. See below for insulation instructions.

At the preparatory meeting, the following points should be specified:
• The dispensers should be applied in the top third of the canopy of the orchard by using the Insect Science (Pty) Ltd X-Mate™ applicator.
• If there is no tree where a dispenser was supposed to be placed, the dispenser should be placed on the tree situated just before or after the space. The dispensers should only be applied to a diagonal tree if there is a large space of more than 15m without a tree.
• The placement of the dispensers must begin on the orchards with the greatest susceptibility and history of attacks and to ensure the number of dispensers used on those orchards are as previously calculated.
• In the border zone, where strong prevailing winds or steep slopes are present be sure to start the application outside of the treatment block, the distance between dispensers must be in accordance with plant spacing.

Factors to consider in the installation 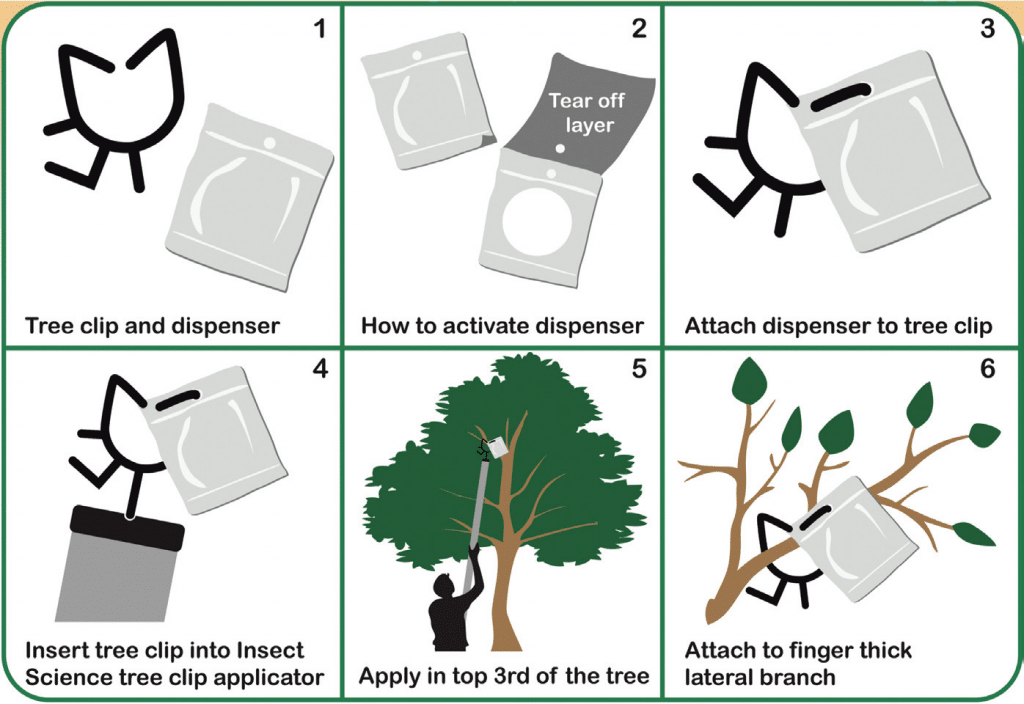 How to test the effectiveness

If the method works well, the male moths will not be able to locate the pheromone trap, and there will be no captures in the orchard where mating disruption is applied. This result means that the males will also be unable to find the females, and therefore no mating or damage will occur.

The absence of captures in a trap is not a guarantee that a particular orchard has not been infested. If the pheromone is not uniformly distributed in the orchard and certain conditions are present the risk of mating will increase. Thus, in addition to monitoring the pheromone traps, sampling should be conducted to assess the damage in each generation. The samples should be collected both in orchards treated with mating disruption and in control orchards.

Advantages of the method

Limitations of the method

Effect of gradient on pheromone plume distribution and concentration 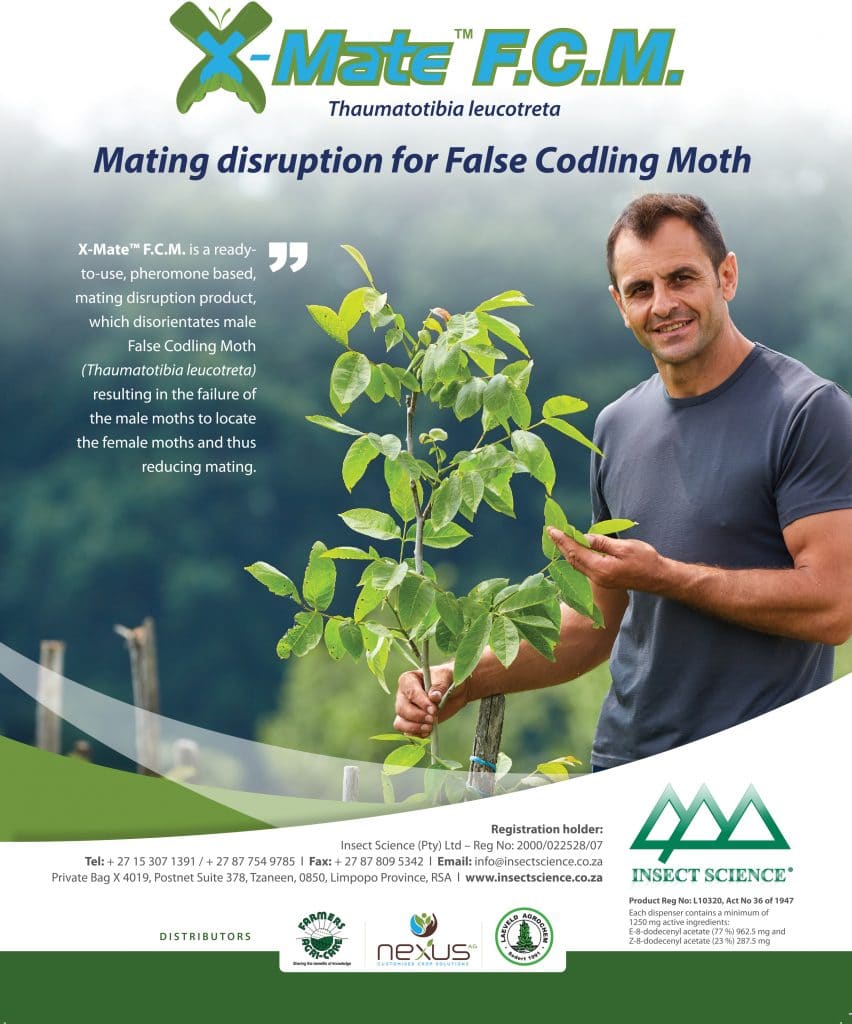